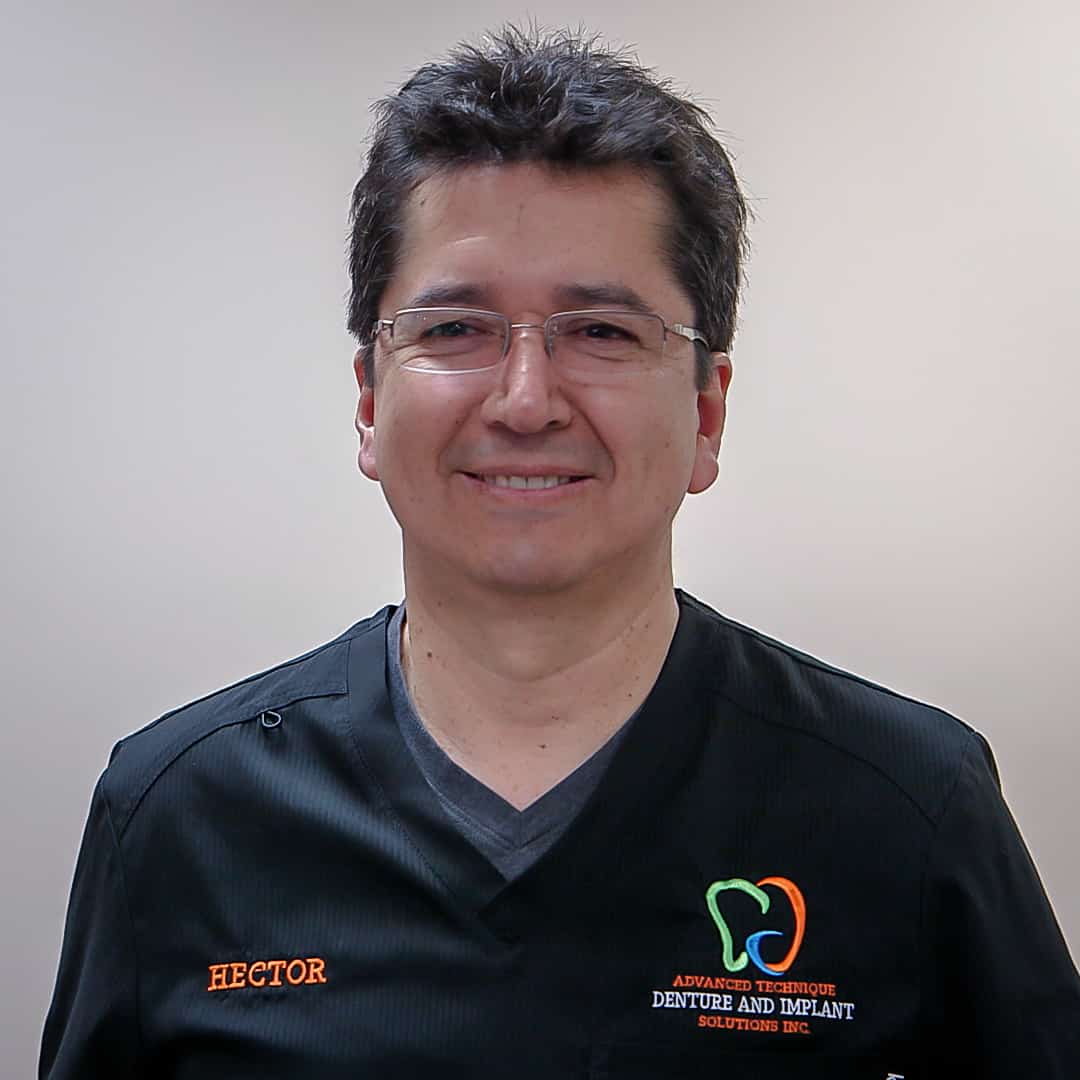 In January 2014, Hector Castaneda relocated to Lethbridge and is glad to join the Lethbridge community through Advanced Technique Denture Centre Ltd.

Hector arrived in Canada in December 2004 with a Bachelor of Dental Surgery from Columbia. After earning his Ontario Intra Oral Dental Assistant License, he worked as a Dental Assistant from 2008 to 2010 in London, Ontario. During his former years as a Dentist in Colombia he loved to bring the smile back to patients with complete or partial missing teeth. This passion led him to pursue his Diploma from George Brown College as a Denturist. He was awarded the Dean’s Award for Academic and Clinical Excellence and graduated with honours in 2013.

Hector is fluent in both Spanish and English.

Start a conversation with us.